Of all the dating coaches, Hypnotica’s story is the most fascinating. In his 20s, he experimented with marijuana and psychedelics. At one point in his life, he needed money so badly that he ended up working as a stripper in a gay nightclub. He also claims to have let go of his possessions so that he could live homeless, experimenting with mescaline, and continuing to expand his consciousness. Hypnotica is one of the original members of the seduction community. He was one of the first guys Neil Strauss came across on his own journey as he mentioned in The Game (Strauss refers to Hypnotica as “Rasputin” in The Game.) Hypnotica has also advised other prominent dating coaches including David DeAngelo.

If you struggle with fear or anxiety, then Hypnotica is the go-to guy. He teaches men how to master their psychology which has earned him the title of “Inner Game Guru.” He has a keen interest in NLP (neuro-linguistic programming) and hypnosis which he integrates in his products and methods. His most popular product is The Collection Of Confidence. This self-hypnosis audio course was created to help men completely eradicate their fears around women and their self-limiting beliefs. Even though it was released back in 2007, it’s still considered by many to be the very best “inner game” product. Hypnotica is now married in an open relationship.

The Collection Of Confidence can be summed up as self-hypnosis on steroids. Listen to the deep relaxing audio files on a nightly basis and you’ll feel noticeable changes in less than a week. It’s been over ten years since Hypnotica released this product, and it's still considered one of the most solid programs for becoming a more confident man. Find out why by reading the full review below. 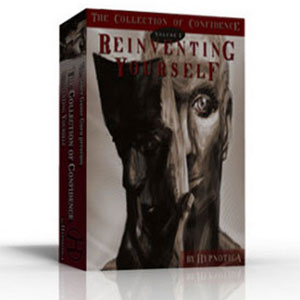